Skip to content
Loading...
Latest news
Making An Investment In Bonds Might Be Simpler Than You First Believed
Beginners guide to investment bonds
Strategies For Investing in Penny Stocks
How Safe Is It To Invest In High Yield Bonds?
Investing in US Savings Bonds and US Treasuries – Key Points
news 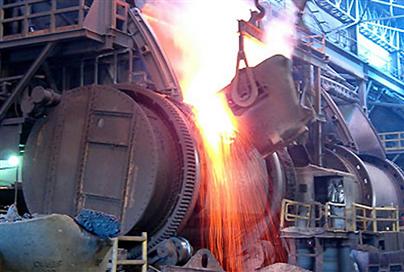 Hudbay Minerals, a TSX-listed mining company is planning to immediately re-open its Chisel North Mine and concentrator in Snow Lake, Manitoba as announced Friday. As one of the biggest mines in Canada, the capital cost is estimated at around C$7-million.

Full production will likely begin by the second quarter of 2010 and estimates predict that it will be able to provide around 30,000 t/y of zinc concentrate feed to the Hudbay zinc plant in Flin Flon.

Operating costs for the mine and the smelter are going to be similar to what they were at previously before the mine was shut down because of weak zinc prices. Work is going to begin as soon as possible to get ready the mine and concentrator for the restart.

As the restart project commences, Hudbay also plans to start exploration and development at a nearby Lalor deposit.

A ramp is planned for development to the zinc-rich base-metals zone in Lalor, the project is marked to take approximately 30 months. This ramp will help generate around 1 200 t/d of ore.

“Production from Chisel North and the early production from Lalor will help provide a continuous feed of domestic zinc concentrate to the company’s Flin Flon zinc plant until Lalor reaches full production, which is expected in 2014,” said Hudbay on Friday.

Currently, the firm already operates and mines zinc, copper, gold and silver from the 777 and Trout Lake mines located in Flin Flon. A recent indification has found copper and gold at lower depths.

The production ramp bridging the Chisel North mine and the Lalor deposit is going to cost around C$85-million.

Hudbay also recently announced that it has entered in a hedge on around 50% of the zinc production planned from the Chisel North mine, with an average price of $1,01/lb.

This forward sale was arranged so that Chisel North will remain economic with lower zinc prices along with providing “unfettered upside” for the 50% remaining zinc production.

Over the last 12 months, price of zinc has gained slowly and on Friday morning it was trading at $1/lb way above last year’s price of $0,50/lb.