Skip to content
Loading...
Latest news
Making An Investment In Bonds Might Be Simpler Than You First Believed
Beginners guide to investment bonds
Strategies For Investing in Penny Stocks
How Safe Is It To Invest In High Yield Bonds?
Investing in US Savings Bonds and US Treasuries – Key Points
company newseconomynews 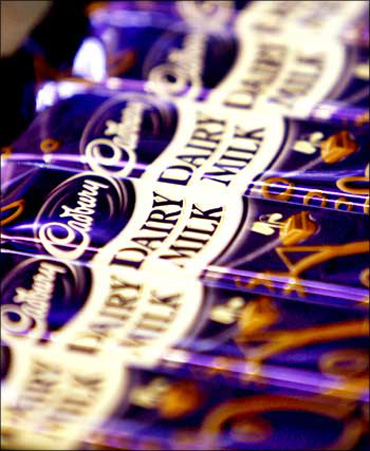 After 186 years of independence, Cadbury has finally agreed to a 19.6 billion dollar buyout from Kraft Foods to create the world’s top confectioner.

Kraft’s offer comes after all-night negotiations at the London headquarters of investment bank Lazard, which now values each Cadbury share at 840 pence. In addition, shareholders are getting a 10 pence special dividend which brings the offer total to 850 pence per share. The new bid has received unanimous recommendation from the Cadbury board. All this action surrounding Cadbury has caused its shares to hit a record high of 838 pence in early trade in London and jumped over 5% to $54.63 in premarket trading.

In order to satisfy Warren Buffett, a 9.4% stakeholder in Kraft who did not want to overpay for Cadbury, Kraft lowered its offer to issuing only 265 million new shares compared to the original 370 million. The new enlarged group includes Cadbury’s Dairy Milk chocolate and Trident gum and Kraft’s Milka, Toblerone and Terry’s chocolate brands, among others.

In the meantime, there has been nothing heard from The Hershey Co. (HSY), which was open to make a competing bid until January 25th. Cadbury shareholders now have until Feb. 2 to decide whether to accept a deal that values the shares at 13 times the group’s estimated earnings before interest, tax, depreciation and amortisation in 2009.

“Looking at precedent transaction multiples around 15 times, if Kraft can get one of the best consumer staples for 13 times, then good luck to them. It gives Kraft the growth engine they’ve been craving for years,” said analyst Warren Ackerman at brokers Evolution Securities.

Kraft has already said that in spite of the higher price of the deal, it will still meet Kraft’s goals of adding to earnings by the second year after closing, preserving Kraft’s dividend and its investment grade credit rating. This implies that the deal would enhance 2011 earnings by around 5 cents on a cash basis and give a mid-teens return on investment.

For more information about Kraft and other investing news, please visit www.investorsedge.com